The American League East is now competitive. Between not just two teams, but three,and I’ve got to say,it’s going to be the most exciting division race in all of baseball. Don’t believe me? Consider this…

First you have the New York Yankees who for most of the season have led the division by as much as 10 games. That lead has now been reduced to one game. Injuries to key players like Alex Rodriguez, Mariano Rivera,and Curtis Granderson have hurt the Yankees as well as a lack of consistently winning as of late.

As I said on KSSU.com’s “Sports Madness” with DJ Mappquest on Tuesday (6-7pm Pacific), it is hard to count the Yankees out no matter how much the fan in you wants to. Time and time again, the Yankees show that more often than not that they’re not afraid and that they have what it takes to get to the playoffs if not the World Series. Yes,they spend buckets of money of players,but spending to win has been the business model of baseball whether any of us like it or not and the Yankees are doing what they have to do win.

On the flip side, you have the resurgent Baltimore Orioles, who won a dismal 69 games last year. A lot of

these guys like Adam Jones, Nick Markakis, and Matt Wieters have played there for years,but now they’re experiencing a bit of success reminiscent (somewhat) of another team that wears black and orange, the 2010 San Francisco Giants. Though the O’s don’t really have the extraordinary pitching the Giants have, they seem to have that cohesiveness the Giants did (and still do) a couple seasons ago. I
don’t know what happened to bring the O’s back to life, whether it was Buck Showalter or those sweet new hats or what, but I’m starting to buy into the Orioles a little bit. It would be neat to see them take the American League East, but wait,there’s this team that always in the conversation… 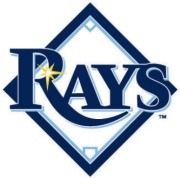 That’s right,the Rays. Like the Yankees, you also can’t rule these guys out because the way Joe Maddon manages these guys is great. I think Maddon is one of the best managers this game has to offer. He has taken rosters with guys you’ve never heard of and made them into something. Though Tampa Bay is on the outside looking in, they’re aware of what time of year it is and are looking to make some noise this month and possibly next. David Price is a lights out pitcher and he’s looking great again this year,and the rest of the starting pitching staff is looking pretty good as well.

This race is going to be great and I can’t wait to see who finishes on top.