Things Everybody Else Loves That I Hate-Summertime

Here it comes, everyone’s favorite season, summertime. I’m here to tell you how unhappy I am about this terrible season being upon us. Why you ask? Let’s run it down! 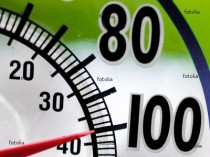 -It’s too damn hot outside
What is so great about a 108 degree day? Not a hell of a lot in my opinion. If I have to go somewhere in the car, I have to wait until the car cools down and I drive a black car which takes longer to do so. I have also suffered from exhaustion from the heat many times throughout my life. I was once hospitalized at age eight for dehydration. Oh,and wearing eyeglasses is a bitch this time of year,especially if they’re plastic like mine. The only good thing about the heat is finding a way to cool off to escape it so it feels like you’re in my favorite season,winter!

-Sunburns
Though I haven’t been burnt since 2007 (I use a lot of suntan lotion on my head  if I am out, don’t go outside much during the summer, or just tan really well), sunburns suck. The last really bad one I had came in the form of a 109 degree day at Lake Berryessa, CA. All of us who went that day were badly burnt, I looked like a lobster and had a burn on my shoulders which hindered my work performance the next day. Since then I have kept my shirt on when going on water trips, it’s better this way and with age I am getting chubbier in the belly region and that ain’t going away anytime soon no matter how much wishful thinking goes into that.

-The lack of energy I get during the season
It feels like I have a hell of a lot more energy during the wintertime than I do the summertime. I can be pretty active and spry in December,January and February. By the time May hits, I am just crashing by 1:30pm some days and I fall asleep. I also get depressed the most during the summertime. I think it has something to do with the hot temperatures just leaving me drained. When it’s hot outside, I have barely any energy to really function. I try,but it’s hard. Whether you believe it or not, this season is a tiring one.

-I can’t bundle up
I’ll admit it, the best thing about winter for me is getting to bundle up. I love getting to wear my sweatshirts and my beanies and the occasional scarf. It’s actually how I can stay warm at home without a heater. In the summertime, those opportunities are few and far between. I got to wear my sweatshirt when I went to San Francisco for a Giants game with my friend Josh, but that’s because it’s usually cold in that city anytime of the year and part of the day featured some rare June rain. Other than that, I have to wait until damn near October to bust out my winter gear. I can’t wait that long!

I know there’s nothing I can do about the weather this time of year,but it doesn’t mean I have to enjoy it,because I don’t or can’t. All I can do to pass the time is look at pictures of winter, sit beneath a fan, or just constantly remind myself that it’s coming sooner than I think. I am,after all,the king of wishful thinking.