An Open Letter to Farhan Zaidi,General Manager of the San Francisco Giants

An Open Letter to Farhan Zaidi,General Manager of the San Francisco Giants

First off,I want to thank you for reading this. Second of all,what the hell is going on here?

I thought you were supposed to be better than the guy you replaced. In three months on the job,you’ve made signings that have absolutely not moved the needle for a baseball team that lost 187 games in two seasons. You were supposed to come in and make a splash and get players we’ve actually heard of. Instead,it’s been a bunch of minor signings on the pitching side of the ball,one of which was a minor league deal for a guy who was “good back in 2012 when he was in Atlanta.”

When are we going to sign players who are really good in 2019?

I don’t know if you know this,actually… I do know you know this because we’ve been teased over and over about it,but there’s this really,really good right fielder (who your franchise player wants to have on the team) who we’ve heard is out there that used to play in Washington and has yet to find a home and it would be really great if you decided to give him as much money as you can so he can play for us instead of the Padres,Phillies,or White Sox. I know this team has money. I mean,come on,they charge $20 for a damn beer in whatever they call that stadium now. Any team that charges that much for brew can brew up some better talent. I also know that yesterday would’ve been a great day to announce the signing of him,especially since a lot of people went to FanFest in miserable weather in a stadium covered with a tarp and no scoreboard and I think that sort of thing would’ve made their day (Or maybe not,there are those fringe fans who,for some reason,want the team to rebuild for the next five years instead of winning now). Instead,they were teased by the rumor that his signing was coming and it was pretty disappointing.

With pitchers and catchers reporting this week,it’s looking like anything but optimism for this team and their chances of getting back to the postseason for the first time in three seasons where they basically backed into it and lost horribly to the eventual world champions. You were supposed to fix that. Granted,I know there’s still time and I know that there’s no such thing as a hot stove league/season anymore,but damn,so far you look like Bobby Evans 2.0. 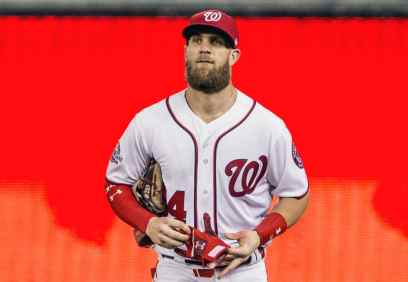 baseball season starting because of how dull this offseason is and has been and how so far your moves have proven that you’re not getting the job done to make this team better than it was in 2017 and 2018. Hell,some fan even think you were sent by the Dodgers to try and sabotage the team and make them intentionally worse with the lack of power moves you’ve made to try and improve this team from 98 and 89 loss seasons respectively. Think about that.

I don’t know how good this team is going to be in 2019,but from the looks of it,you guys may be trying to avoid 100 losses like in 2017. I would love to be wrong about that,but so far I feel like I’m correct in thinking that way.

I know you’re new to the team,but you’re not new to the job. You know how to make these moves and I implore you to make splash moves to make this team a lot better than the crapfest it’s been since the second half of 2016. Oh,and bring the fences in out at Triples Alley,it will help your chances of bringing Bryce Harper to the team and at FanFest. Just sayin…