We begin this week’s Odds & Ends with something I feared would happen but hoped wouldn’t and that is ads on NBA Jerseys. They’re coming! 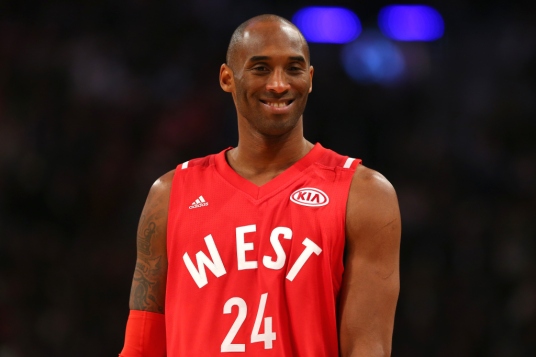 The NBA approved a three-year trial period for all 30 teams to put a 2 ½ inch advertisement on the front left of jerseys for each of the 30 teams in the league starting in the 2017-18 season. The ads are said to potentially generate about $150 million in ad revenue for the league.

“It’s my hope, independent of whatever additional revenues are generated through this patch program, that the greatest impact will be in this amplifying effect of companies choosing to associate directly with a team jersey, then going out and promoting that relationship to the largest market,” NBA commissioner Adam Silver said.

Honestly,I understand why the league wants to create more revenue,but I hate this idea a lot. American sports are some of the last in the world to not have advertising on uniforms in the major pro leagues,I think it’s one reason why people are drawn to them.

Not to mention if you start with selling 2 ½ inch jersey space,who’s to say it’s going to stop there? After a while it’s going to be 5 inches and then the team name gets removed altogether and all you get as far as knowing who the team that’s playing is their secondary logo getting demoted to the left front of the jersey. My pipe dream/quiet hope is that this gets squashed somehow,but I doubt that it will. 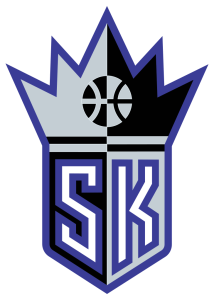 The Sacramento Kings’ head coaching search begins as they’ve relieved George Karl of his duties as head coach. Karl was 44-68 in his season and a half with the team which was mired with problems from the start. Sacramento will now hire its ninth head coach since Rick Adelman left the team after the 2005-06 season.

General manager Vlade Divac said that he will conduct a vast search for the right guy for the job. Candidates for the job include Scott Brooks,Spurs assistant Ime Udoka, Vinny Del Negro,Kevin McHale as well as Tom Thibodeau and Mark Jackson.
I honestly don’t see any of the highly qualified candidates taking the job like Brooks, Thibodeau or Jackson. The reason being?

These guys know better than to take a job with a team that’s this dysfunctional and honestly this job is beneath them. They’d probably rather be in a position where they’d take a broadcasting job at ESPN in lieu of coaching in Sacramento. I would actually love to see Luke Walton of Golden State take this job,but this job is even beneath him.

I think it’s going to be a retread coach like McHale or Del Negro who have had marginal success in other places or a young assistant who’s ready for an NBA head coaching gig. Either way,whoever becomes this team’s next coach has their work cut out for them. Big time.

Is it just me or are Broncos fans delusional when it comes to their thinking that they’re going to win the Super Bowl again next season with a below average quarterback even if he is a new one?

The Broncos acquired Mark Sanchez in March after Peyton Manning retired and back-up quarterback Brock Osweiler signed with Houston leaving the Broncos with few options at the position. They tried to trade for 49ers quarterback Colin Kaepernick,but the two sides differed on money and the talks broke off.

Broncos fans who I’ve heard from (and who called me names and said horrible things about my appearance) say that they can win another title with Sanchez. I think these folks are crazy!

This is Mark Sanchez, the author of the Buttfumble. You remember that,right? Where he foolishly fumbled a football off his teammate’s butt on Thanksgiving night 2012. Something that I think he has yet to live down. That’s your quarterback,Broncos fans! He isn’t going to be very good at all for you guys. In fact,I have a reason to believe you’re going to want Manning to come out of retirement just so the bleeding stops. Bleeding that even your precious defense wouldn’t be able to stop.

We know,your offense was horrid last year even though you’re Super Bowl champions,but the rest of your division is getting better. Kansas City is still pretty good, the Raiders are making noise and look good on paper and the Chargers are still the Chargers,but you never know when they might surprise you. It’s not a cinch that they’ll get by with less than average at quarterback, in fact,I think they’re a 6-10 team going into next season.