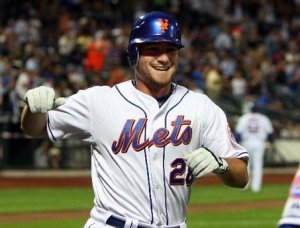 I think that one of Things That Need to Go in 2015 is criticism of expecting fathers taking time off to be with his wife to experience the birth of their child. That’s exactly what Daniel Murphy of the New York Mets is receiving after taking paternity leave for the birth of his first child.

In one of the dumbest sports controversies I have ever seen, two New York radio hosts blasted Murphy for missing the Mets’ first two games of the season. He and his wife,Tori, welcomed their first child, a son named Noah a week ago today.

WFAN’s Boomer Esiason, a former NFL quarterback and one of the station’s morning hosts, suggested that Murphy should’ve insisted on his wife should’ve having the baby via Cesarean section delivery before the season started. Esiason has since apologized for his comments.

Another host from the same station, Mike Francesa, had this to say:

“(Missing) One day I understand,” Francesa said. “And in the old days they didn’t do that. But one day, go see the baby be born and come back. You’re a Major League Baseball player. You can hire a nurse to take care of the baby if your wife needs help.”

Mets manager Terry Collins defended his player saying, “First of all, if you’re accusing Dan Murphy of not wanting to play — this guy played 161 games last year. Wore himself out. Played with all sorts of discomfort. The man had his first child. He is allowed to be there. The rules state that he can be there, so he went. There is nothing against it. There’s nothing wrong with it.”

I agree with Collins. In a day and age where some children don’t even have a father around to guide them through life,whether through bastardization or their father died when they were young, it is refreshing to me to see guys like Murphy who care enough about their own families to want to be with them through such a wonderful experience. Not only that, he’s a great husband to his wife who by Murphy’s account needed him there following the birth. Instead of dogging the guy for putting his family first and having his priorities straight, he should be applauded.

It’s been a week since the season started and the San Francisco Giants are 5-2 and off to a great start. Not to mention they are hitting the ball extremely well. 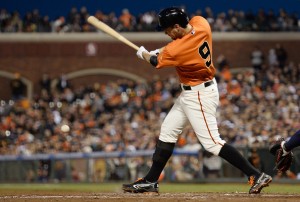 Where the hell did all this offense come from?

Also,is this really Brandon Belt? He’s already got four home runs so far this season and he looks dialed in. I know he was coming on pretty strong towards the end of what was an extremely bad season for the Giants, but who knew his hot streak would continue? He looks like a completely different player than what we’ve seen in the past and I hope he keeps it up.

I only hope that once they get back home this week that they can keep the offensive firepower going. They have a good shot at doing so with Arizona coming in on Tuesday for three and then Colorado for three. Both teams aren’t very good at the moment and it’s a great opportunity for the Giants to make more noise in what’s sure to be a race between them and the Dodgers for the NL West crown.

Does it bother anyone else that the Sacramento Kings seem to spend a lot of time with Google glass?

It has been another disappointing season for the Kings and their eighth straight year missing the postseason in what is a tough conference to make the playoffs in. While I do believe that the front office has this team on the right track, their constant pushing of the dancers and other team officials using Google glass seems pretty counter-productive.

This fan base is hungry to see this team do well again and no pointless electronic device is going to make this team any better. Let’s hold off on Google glasses until this team reaches the postseason again. Sound good? 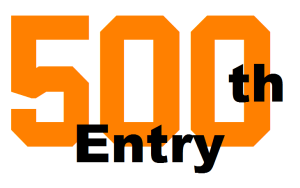 On a personal note, we are fast approaching this blog’s 500th entry and I’m pretty excited. The only problem is I have no idea what we will do to commemorate the event. In the past for other milestone entries I have done things like provide my own chili dog recipe, reflect on what the blog has meant to me, and also my Rules for Being a Sports Fan. So since I am unable to think of anything at this moment, if you guys have any suggestions,let me know. If I don’t have anything by our 495th entry, I’ll probably brainstorm and find something to write. Either way,what a milestone!

Hello Fam, Well, if you thought the election was crazy, I thought Week 8 was just that way as well, at least with how my picks went. I did manage […]
T.J.’s Pigskin Picks-Week 9 2020