From the home offices of tjthesportsgeek.com is beautiful downtown Orangevale,Calif. 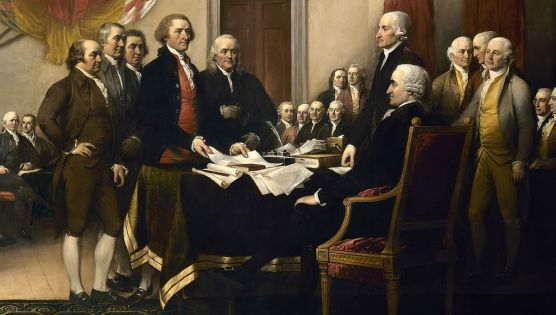 8. “You know that electoral college thing we made up when we were drunk? They’re still using it!”

6. “Perhaps that ruthless monarchy thing in England wasn’t so bad after all…”

5. “That’s odd -in my day, we also had a senator named Bernie Sanders”

4. “In our time,there was nobody as fine as Jennifer Lawrence!”

3. “We risk our lives to form this great nation and you wanna let Donald Trump run it?!”