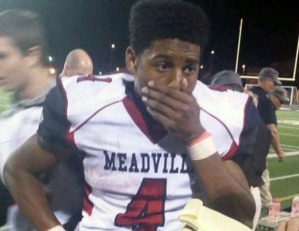 How would you like to have a player who runs for 722 yards and 10 touchdowns in one game on your fantasy team?

Well a high school football player in Meadville,Penn. did just that. Journey Brown of the Meadville High School Bulldogs managed that feat in a win against the DuBois High Beavers. It was a high scoring affair with Meadville winning 107-90. Yes,you read that correctly, 107-90.

“He was absolutely unstoppable,” Meadville coach Ray Collins told the Erie Times-News. “He would hit a seam and would be gone. He ran away from the DuBois defense all night long. They were playing tough, but he was making moves out there and stutter-steps and cutting back.”

“I’m tired,” Brown told The Meadville Tribune. “I’m real tired. But it doesn’t matter. I came to play for the team, not myself.”

Without a doubt, Brown’s performance in this game is something that even Trent Richardson can’t fathom, but where’s the defense? On either side?

In the same game, DuBois quarterback Matt Miller in his first start set a state record for passing yards in a losing effort with 741.

Following Aldon Smith’s recent trouble with the law,the San Francisco 49ers released him and many 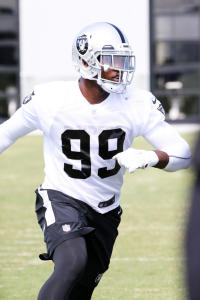 wondered if he would ever play again in the NFL. Well,the answer is Yes and the team is the Oakland Raiders.

Smith signed a one-year deal with Oakland for $8 million. He did play in Oakland’s 33-13 loss to the Cincinnati Bengals,but didn’t have much of an impact.

The team has acknowledged that yes,this is a risk signing him,but they’re thrilled to have him. I don’t think they should’ve done so. He had chance after chance with the 49ers to try and straighten his life out and has yet to do so. As long as he is on an NFL roster he has the potential to continue the bad path that he’s on.

Also,he’s on a team that in past years has welcomed players (and coaches) with shadowy pasts. I think the Raiders may look back on Smith’s signing and wish they didn’t do that disservice to themselves. Yes,there’s a chance that Smith will clean up his life and be a model citizen,but it’s a slim one and few people think he can actually do it.

Marcus Mariota has had something to prove ever since he was drafted second overall by the Tennessee Titans in the 2015 NFL Draft. Many questioned whether or not he was going to be a good starting quarterback in the league and if he was any better than Jameis Winston.

On Sunday,he seems to have answered those questions very well as he and the Titans dismantled Winston and the Buccaneers 42-7 in Tampa. Mariota threw four touchdowns in the first half alone and had only three incompletions in the three quarters he played (Mariota was pulled in the fourth for Zach Mettenberger). In contrast,Winston’s first NFL pass was picked off for a touchdown.

“It felt great,” Mariota said of his NFL debut. “I’m proud of the guys in the locker room. We worked hard all week to be able to execute well, and to be successful is good for us.”

His teammates also have high praise for him,like Cory Sensabaugh,who picked off Winston for that score for Tennessee.

“Eight is special,” Sensabaugh said of Mariota, who wears the number 8. “He showed the country what he can be. We have a lot to look forward to. But we have to get back to work.”

Indeed they do. I think Mariota is going to be a fantastic pro. Yes,it’s only one game and one game does not say much about how your career will go,but so far it’s looking good for the former Heisman trophy winner and Titans fans everywhere are hoping he and the team can make some noise in the AFC and make their first playoff appearance since 2008. 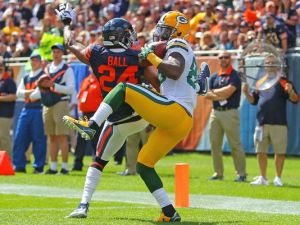 If you’re the Green Bay Packers and you’re trying to get some playmaking receivers to come in after losing Jordy Nelson for the season with an ACL injury, what do you do? Who do you turn to? Well,how about a guy who once played for you and led the team (and league) in touchdowns? Enter James Jones.
Jones,who played for the Raiders in 2014 and was released by the New York Giants in the preseason, came back to Titletown this past week and had himself a great game against the Chicago Bears. He had four catches for 51 yards and hooked up wiith Aaron Rodgers for two touchdowns as the Packers beat the Bears 31-23 in Chicago.

“No disrespect to James, but I don’t think it was that out of character,” Rodgers said. “Like many other guys that have gone elsewhere and come back, there is a comfort in this offense for guys who have flourished in it at times. And I think that Jones is one of those guys that really feels comfortable on offense.”

I’m not saying the Packers are going to pick up where they left off so easily from last season, but having a guy like Jones come in and make it feel like old times certainly helps.

I’ll bet many fans are wondering why Jay Cutler is still the quarterback of the Chicago Bears. Me too.
Look,I didn’t think the Bears were going to be any good this year to begin with,partly because this man is still their quarterback. Has management and ownership not seen the interceptions he’s thrown season after season? I know a few Bears fans and anytime I ask them about Cutler,they cringe and they explain to me how much they don’t want him on this team anymore. 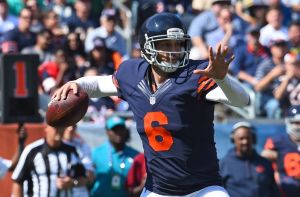 Cutler was 18-for-36 with 225 yards and a touchdown pass,but what will be remembered among fans of the Bears is the interception he threw to Clay Matthews in the fourth quarter with the Bears marching down the field to try and make something happen to get the win.

“You know, it happens,” coach John Fox said. “It’s part of the game. I saw it being a great play by No. 52. I thought Jay’s performance was good. But against this football team, we weren’t quite as good as we needed to be.”

Honestly,the Cutler experiment needs to be over with as soon as possible if the Bears want to have any sort of success. I think it’s time the team drafts a quarterback or signs someone from elsewhere and let Cutler go. They’re probably better off anyhow.

Madison Bumgarner will have a no-hitter or perfect game before his career is over. It’s only a matter of when. 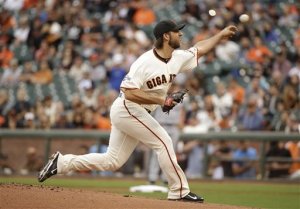 That when was almost Saturday night when the Giants hosted the San Diego Padres (who have been on the other end of many Giants no-hitters as of late) in the third of a four game series. Bumgarner was perfect through 7 2/3 innings when Melvin Upton, Jr. got a base hit to break the Padres’ hitless streak and Bumgarner’s chance to give the Giants franchise their second ever perfect game (Matt Cain has the only one in 2012).

The hearts of Giants fans everywhere who were watching what’s left of the team’s 2015 season sank. They were hoping Saturday was the night. It wasn’t. Instead it was just another dominant outing from one of baseball’s best pitchers and his 18th win of the season as the Giants blanked the Padres 8-0.

“I’m sure he’s disappointed, but he didn’t show it,” Giants manager Bruce Bochy said. “After that hit, he threw the ball great.”

While Bumgarner surely would’ve loved to have had a perfect game,he just wants to win.

“The goal is to go out there and win games and that’s it,” Bumgarner said. “But at the same time, you like to be the guy who starts the game and also finishes it.”

The puck drops on the 2015-16 NHL season at the beginning of next month and two teams to have an eye on just to see if they have any sort of bounce back season are the Edmonton Oilers and the Toronto Maple Leafs.
The Oilers have been regarded as a has-been franchise whose glory days have been long over.

The team last made the playoffs 10 seasons ago and have been through coach after coach and top overall pick after top overall pick. But there’s new hope in Edmonton and new blood. Bob Nicholson and Peter Chiarelli now head the front office and Todd McLellan is the new head coach. Add in top pick Connor McDavid and a new goalie in Cam Talbot to the mix of young talent that includes Taylor Hall,Ryan Nugent-Hopkins and Jordan Eberle and you have something good potentially brewing. But if you ask McLellan anything about the postseason,he won’t have any part of it.

McLellan is preaching patience and he wants to lay the foundation first so that the players who are there can be successful. As an Oilers fan, I’m okay with waiting for these guys to be seasoned by a veteran coach who knows what he’s doing and how to get the most out of his young,talented players. 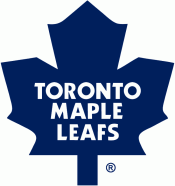 The Maple Leafs haven’t won a Stanley Cup in near a half-century (1967),which has to be making die-hard hockey fans in Toronto anxious for them to get back to winning ways. Yes,they last made the playoffs in 2013, but that was their only postseason appearance in a decade and that’s not what we’re eluding to here.

The Leafs,like the Oilers, are looking to find a way to get back to where they once were. Part of that was hiring Mike Babcock from the Detroit Red Wings to be their head coach. Babcock will look to find the right guys to make up their roster and make it back to the postseason,maybe not this season,but possibly next season.
Babcock,like McLellan, has to lay the foundation for the Leafs to have any kind of success. After all,that’s why he’s getting $6.25 million a season to coach there,right?